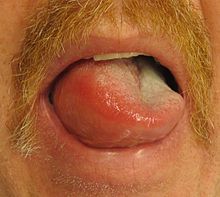 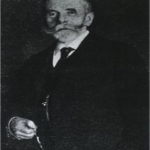 Heinrich IrenaeusQuincke (26 August 1842 – 19 May 1922) was a German internist and surgeon who internist and surgeon.  He was perhaps the first (1882) to recognize angioedema which is often referred to as “Quincke’s edema”.[1] “Quincke’s pulse”, with redness and pallor seen under the fingernails, is one of the signs of aortic insufficiency.“Quincke’s puncture” is a somewhat outdated eponym for lumbar puncture, used for the examination of the cerebrospinal fluid in numerous diseases such as meningitis and multiple sclerosis. In 1893 he described what is now known as idiopathic intracranial hypertension, which he labeled “serous meningitis”.

He was perhaps the first (1882) to recognize angioedema which is often referred to as “Quincke’s edema”.[1] “Quincke’s pulse”, with redness and pallor seen under the fingernails, is one of the signs of aortic insufficiency.[2] “Quincke’s puncture” is a somewhat outdated eponym for lumbar puncture,[3][4] used for the examination of the cerebrospinal fluid in numerous diseases such as meningitis and multiple sclerosis. In 1893 he described what is now known as idiopathic intracranial hypertension, which he labeled “serous meningitis”.[5] 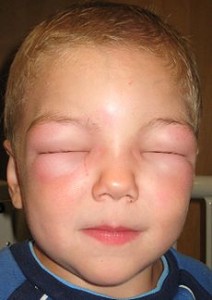