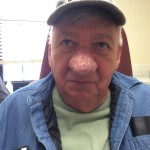 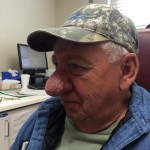 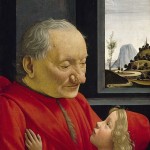 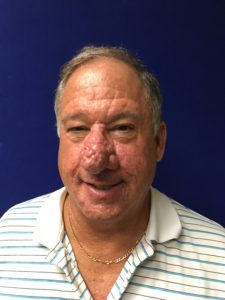 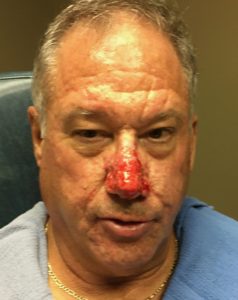 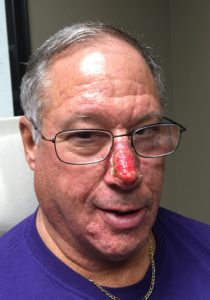 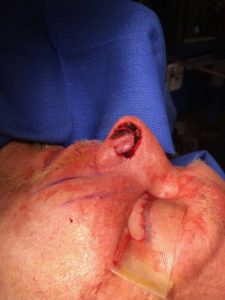 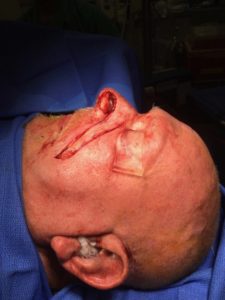 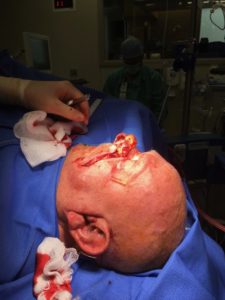 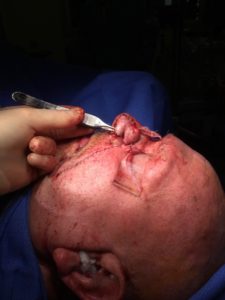 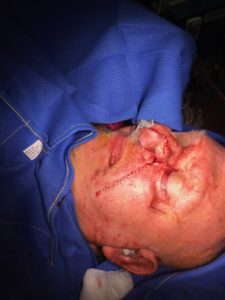 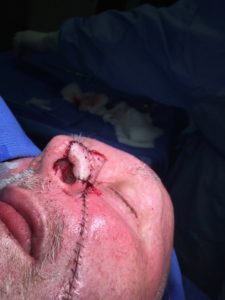 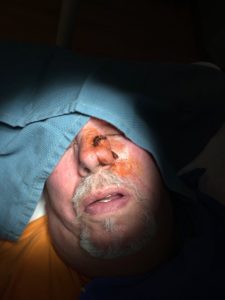 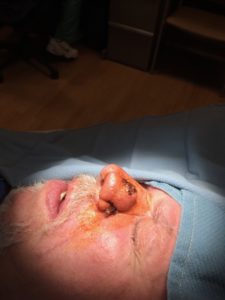 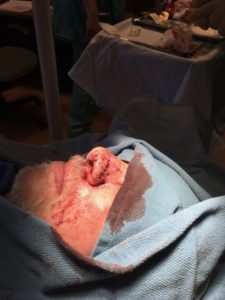 This was a large defect from a skin cancer.  It was reconstructed with a superiorly based nasolabial flap wrapped around a conchal cartilage graft.  The division and inset was at 3 weeks.

Our nose makes over a liter of secretions per day.   To warm, filter and humidify the incoming air in preparation for the lungs is one of the major functions the nose is responsible for.

Bactroban (Mupirocin) ointment is a water miscible ointment that out performs all others in the anterior nose. 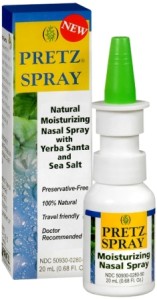 Ponaris Nasal Emmolient is also a staple of our practice.  Pretz, Blairex, Nose Better, Nasal Moist, and Rhinaris are all moisturizing sprays.  Entertainer’s Secret is a special formulation used as a throat spray that some have used as a nasal moisturizer. Some have advocated Conjugated Estrogens dissolved in saline.  Mayo clinic has compounded rose geranium in sesame oil they say works well. 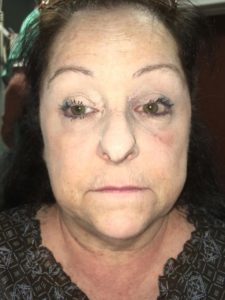 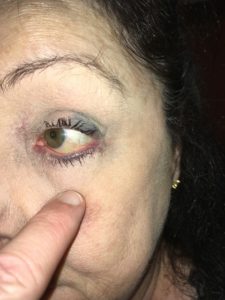 Amazingly, the Lateral Canthotomy almost completely healed itself in 2 weeks.

Obviously the eyes need to be exposed during the case.  Often what is going on intranasally gives little indication of the problem.  The eye rapidly grows proptotic and tense.  Immediate cantholysis and canthotomy is necessary to allow the globe to release anteriorly.  The next move I made was to decompress the orbit a bit intranasaly.  I also made an immediate Lynch incision and bipolared the offending artery.  Some Arista was also used and the final ethmoid packing was fairly loose. 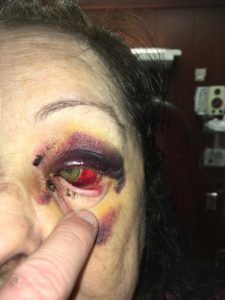 It is not unusual for recurrent polyps or papillomatous sinus disease to lead to dehissance of the Lamina Papyrecea.  The Anterior Ethmoid Artery is in close proximitry to this region and injury is possible.  I have probably done as many sinus surgeries as anyone alive and kind of felt that my super human skills left me immune to this complication, until now.  The intranasal surgery showed little sign of any problem, but the exposed eye become immediately proptotic and tense. 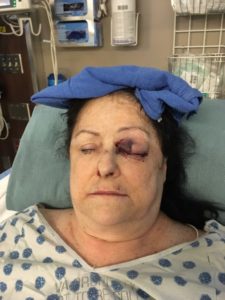 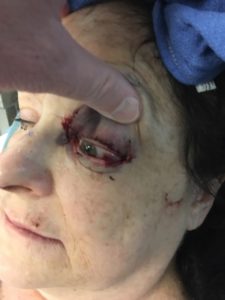 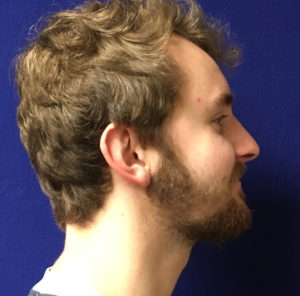 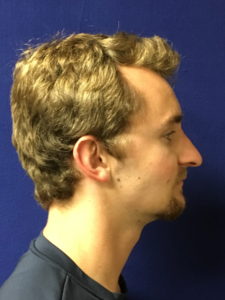 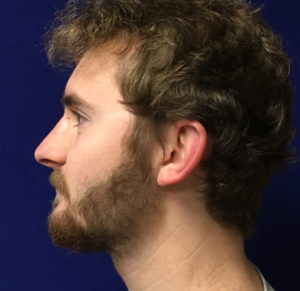 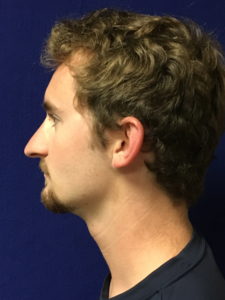 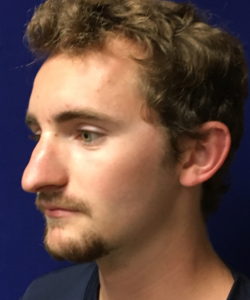 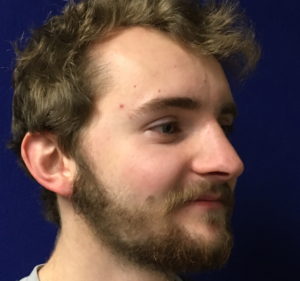 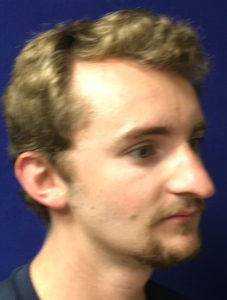