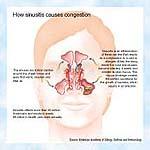 The terms mold, yeast, and candida are often used synonymously with the term fungi. They can also affect us by multiple ports or entry. That is they can be ingestant and inhalant issues. They also have complex and poorly understood mycotoxins that can cause diffuse and difficult to diagnose symptoms. Fungi seem to be present just about everywhere, including in our noses, intestinal tracts, and skin.

This confusion is also compounded by the multiple theories of pathophysiology. William Crooks, MD for years wrote of the “Yeast Connection”. A Theory of relative Candida overgrowth causing a multiplicity of problems. Later Allergic Fungal Sinusitis was defined as objective fungi non invasively occupying the paranasal sinuses. Most of these patients were also allergic to the Fungi and combining removal with desensitization has been the treatment. Recently, clinicians at the Mayo Clinic found that they were able to isolate growing fungi in just about everyone with and without chronic rhinosinusitis (CRS).

Fungi, although everywhere, are not often considered human pathogens. That is, they rarely infect humans with a normal immune system. The patients who then have problems with fungi either have an over or underactive immune system.

Patients who are immune-compromised can suffer life-threatening fungal infections of the sinuses. These patients are extremely sick and require surgery and IV-administered antifungal medications.

Patients who have an overactive immune system seem to be the chronic sinus sufferers. Classic allergy to molds seems to be a major cause of CRS. This hypersensitivity is IgE mediated and can be accurately diagnosed with skin testing. Often other cell mediated immune mechanisms are also involved, and these can make immunotherapy (allergy shots) more difficult.

More recently, researchers from the Mayo Clinic have discovered an exaggerated cell mediated reaction to the fungus Alternaria. Unfortunately, Alternaria seems to be everywhere, and because it has a very short germination cycle, it presents new antigens in the nose relatively quickly. Patients respond abnormally to the fungi by calling out eosinophils into the nasal secretions. Eosinophils are a type of white blood cell usually involved in allergic reactions or parasitic infections. In this case, the eosinophils attack the Alternaria and release a product called MBP (Major Basic Protein). The MBP kills the fungi, but it is also very toxic to the nasal mucosa. It can cause anywhere from mild problems to overt nasal polyposis. Even though there are lots of eosinophils, these patients may or may not have allergies.

Skin testing helps to determine what is causing the reaction.

Treatment involves limiting exposure to the allergen and lessening your sensitivity.