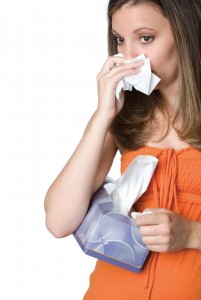 Asthma
Asthma, which has been described as sinusitus of the lungs, is often caused by allergies.

Atopic Dermatitis (Eczema), Hives (Urticaria) and Angioedema
Eczema, which can be caused by allergies, is a problematic chronic skin rash.

Allergic Rhinitis/Sinusitis
Allergies mainly affect the nasal and sinus passages and may require a combination of medical and surgical treatments to alleviate the symptoms.

Eosinophilic Esophagitis
Eosinophilic esophagitis is a disease characterized by swelling of the esophagus (the part of the body connecting the throat and the stomach) caused by an allergic white blood cell, the eosophinil.