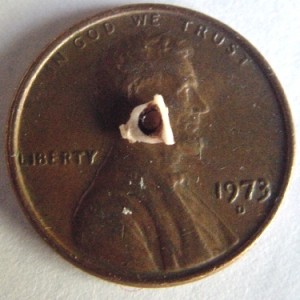 The term otosclerosis is derived from the Greek words for “hard” (scler-o) and “ear” (oto). It describes a condition of abnormal growth in the tiny bones of the middle ear, which leads to a fixation of the stapes bone. The stapes bone must move freely for the ear to work properly and hear well.

Hearing is a complex process. In a normal ear, sound vibrations are funneled by the outer ear into the ear canal where they hit the ear drum. These vibrations cause movement of the ear drum that transfers to the three small bones of the middle ear, the malleus (hammer), incus (anvil), and stapes (stirrup). When the stapes bone moves, it sets the inner ear fluids in motion, which, in turn, start the process to stimulate the auditory (hearing) nerve. The hearing nerve then carries sound energy to the brain, resulting in hearing of sound. When any part of this process is compromised, hearing is impaired.

Who Gets Otosclerosis And Why?

It is estimated that ten percent of the adult Caucasian population is affected by otosclerosis. The condition is less common in people of Japanese and South American decent and is rare in African Americans. Overall, Caucasian, middle-aged women are most at risk.

The hallmark symptom of otosclerosis, slowly progressing hearing loss, can begin anytime between the ages of 15 and 45, but it usually starts in the early 20’s. The disease can develop in both women and men, but is particularly troublesome for pregnant women who, for unknown reasons, often experience a rapid decrease in hearing ability.

Approximately 60 percent of otosclerosis cases are genetic in origin. On average, a person who has one parent with otosclerosis has a 25 percent chance of developing the disorder. If both parents have otosclerosis, the risk goes up to 50 percent.

Gradual hearing loss is the most frequent symptom of otosclerosis. Often, individuals with otosclerosis will first notice that they cannot hear low-pitched sounds or whispers. Other symptoms of the disorder can include dizziness, balance problems, or a sensation of ringing, roaring, buzzing, or hissing in the ears or head known as tinnitus.

How Is Otosclerosis Diagnosed?

If the hearing loss is mild, the otolaryngologist may suggest continued observation and a hearing aid to amplify the sound reaching the ear drum. Sodium fluoride has been found to slow the progression of the disease and may also be prescribed. In most cases of otosclerosis, a surgical procedure called stapedectomy is the most effective method of restoring or improving hearing.

What Is A Stapedectomy?

A stapedectomy is an outpatient surgical procedure done under local or general anesthesia through the ear canal with an operating microscope. (No outer incisions are made.) It involves removing the immobilized stapes bone and replacing it with a prosthetic device. The prosthetic device allows the bones of the middle ear to resume movement, which stimulates fluid in the inner ear and improves or restores hearing.

Modern-day stapedectomies have been performed since 1956 with a success rate of 90 percent. In rare cases (about one percent of surgeries), the procedure may worsen hearing.

Otosclerosis affects both ears in eight out of ten patients. For these patients, ears are operated on one at a time; the worst hearing ear first.

What Should I Expect After A Stapedectomy?

Most patients return home the evening after surgery and are told to lie quietly on the un-operated ear. Oral antibiotics may be prescribed by the otolaryngologist. Some patients experience dizziness the first few days after surgery. Taste sensation may also be altered for several weeks or months following surgery, but usually returns to normal.

Following surgery, patients may be asked to refrain from nose blowing, swimming, or other activities that may get water in the operated ear. Normal activities (including air travel) are usually resumed two weeks after surgery.

Notify your otolaryngologist immediately if any of the following occurs:

Since packing is placed in the ear at the time of surgery, hearing improvement will not be noticed until it is removed about a week after surgery. The ear drum will heal quickly, generally reaching the maximum level of improvement within two weeks.